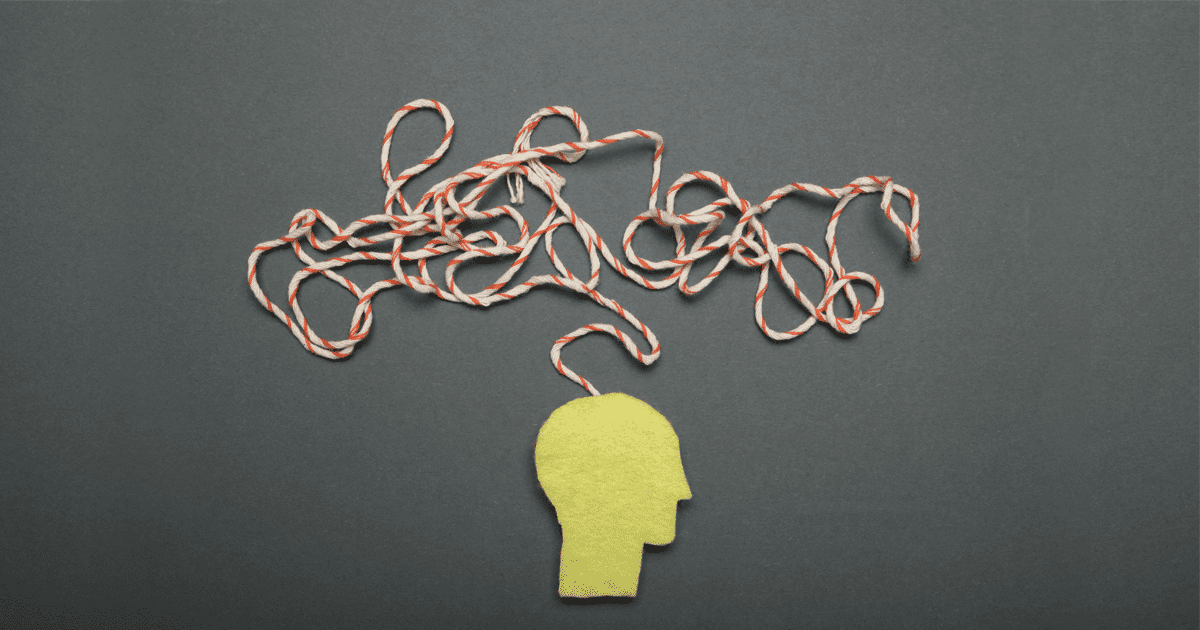 Attention deficit hyperactivity disorder is commonly referred to as a mental health disorder in children. In short, it is called ADHD. Mostly, ADHD affects children and teenagers. Sometimes, this disorder might continue even in adulthood. Children with ADHD are often hyperactive and cannot control their impulsive behaviors. Such kids have extreme trouble focusing on a specific task. Moreover, they may not sit in a place for a long time. Kids with ADHD can make friends easily and they can even break their friendships in no time. Children with ADHD require some special focus, especially in a classroom, gatherings and other places. Here is an excerpt from a video interview with Dr. K. Radha Krishna, Paediatrician, Managing Director, Omni RK Super Speciality Hospital, Ramnagar, Visakhapatnam on Attention deficit hyperactivity disorder [ADHD], its symptoms and steps that can be taken to treat kids with ADHD.

Q. What is ADHD and how it affects a child’s growth?

A. ADHD is an acronym for Attention Deficit Hyperactivity Disorder. It is a critical neurodevelopmental disorder that affects the growth of kids, especially at school. The kids with ADHD suffer with few symptoms like impulsivity, hyperactivity and inattentiveness. The child with ADHD doesn’t have the ability to control his/her impulses. This sort of problem affects the brain development of the child.

Q. How to diagnose whether a child has ADHD?

A. One of the major ways to diagnose whether a kid has ADHD is through their behavior at home, school and other places. Children with ADHD are extremely naughty, hyperactive and mischievous. The parents and teachers might get upset with the child’s behavior.

Q. What are the core features of ADHD?

A. The core symptoms of Attention deficit hyperactivity disorder (ADHD) include:

Q. What are the causes of ADHD?

A. To be precise, the fundamental cause of ADHD remains unclear. Researchers still continue their studies to find out the causes of ADHD in children. According to some studies, genetics, and heredity play a vital role in the cause of ADHD in children. Some research activities on brain imaging show numerous physiological differences. One of the factors behind the cause of ADHD is the reduction in dopamine. Dopamine is a chemical present in the brain that assists transfer signals between the nerves. This chemical plays a crucial role in causing emotional responses and movements in people. Some other researchers say that people with ADHD have less gray matter. The gray matter helps with controlling muscles, self-control, speech abilities and decision-making.

Q. Is there any therapy to treat ADHD in Kids? Is it helpful in reducing the ADHD level?

A. The way parents or teachers handling this type of kids must be rather different from normal kids. They shouldn’t be locked up in rooms, beaten up or hurt them physically if they do something wrong. For children with ADHD, the major treatment is behavioral therapy. There are various behavioral therapies to treat kids with ADHD. Some of them include: Psychotherapy or Talk Therapy: With this therapy, kids can learn to monitor and control their behavior. Spending time with the child and giving verbal inputs will help. A piece of appreciation for what they have done good will make them happy and help them come out of their problem.

Q. Are there any medications to treat ADHD?

A. Besides behavioral therapy, there are medications to treat ADHD in children. These medications are prepared in such a way that they affect brain chemicals helping the kids to control their impulsive behavior and actions in a better manner. The medications improve the dopamine levels and reduce hyperactivity in them. One of the most used drugs is Methylphenidate (Ritalin). It restrains the hyperactivity and impulsivity in kids with ADHD. In just a few months, the kid will goes back to being normal after using this drug. Only children above the age of 6 are prescribed with this drug. If a kid has this problem at the age of 2-3 years, the only thing one can do is to cure through behavioral therapy. It’s the most commonly used drug for treating kids with ADHD. Dosage: The dosage of Methylphenidate medication starts with 0.3 milligrams for kids above 6 years. This medication should be given in the morning and at times when the child is active. The impact of this medication will remain 3 to 4 hours in the kid. There is no necessity to give this medication before sleep. Another popular medication is ‘Atomoxetine’ which is available everywhere. The major problem with methylphenidate is that it may not be available in all medical stores. The same age limit applies to Atomoxetine as well. In comparison with Methylphenidate, Atomoxetine might be less effective on the kids. However, it is available in the form of a capsule and available everywhere.

Q. At which stage of ADHD kids need medication?

A. When parents notice hyperactive and inattentive behavior in the child, they can take them to a general physician. It is not suggestible to start the medication immediately. The child must be followed for about 5 to 6 months to perfectly diagnose the condition. Only after confirming that the child is suffering from ADHD, then they can take medication under the supervision of a physician or paediatrician.

Q. How long does the ADHD child require medication?

Q. How to explain the kid’s diagnosis to the child’s friends and family?

A. There is a specific procedure to diagnose ADHD in kids. We can witness particular criteria for inattentiveness and hyperactivity impulsiveness in children i.e., 9. The Paediatrician will calculate the behavioural criteria in the kids and finds out whether they have ADHD or not. Any child who scores a 6 out of 9 points is known to have hyperactive impulsiveness or inattentiveness. Further, the Paediatrician will be able to understand the child’s ADHD level and gives medication accordingly based on the criterion calculated. It’s not the mistake of the kid to behave in an improper way among friends and family. As a result of the chemical imbalances in their brains, the kids behave in a different way, unlike normal kids. However, with the help of medications, we can witness improvement in their behavior.

Q. Are there any side effects that are cause by using drugs for treating ADHD?

Q. Do exercise, sleep, and diet make a difference in ADHD?

A. By making certain changes to the kid’s diet plan, doing exercise or additional sleep may not bring a drastic change in ADHD treatment. However, it must be noted that the kid should have routine adequate sleep of 8 to 9 hours. In case, if there is any reduction in their sleep timings, then the inattentiveness and hyper activeness might increase. A routine diet may not bring much change in the kid with ADHD. The intake of milk, fruits, veggies, and other foods has nothing to do with ADHD reduction. However, it is not advisable to feed the kid with too much sugar and artificial coloring food products.

Q. Can ADHD kids go to the same school as the rest of the kids?

A. Yes, they can. Mostly, children with ADHD appear as the biggest problem for the teachers in the classroom. In fact, there is no special school or class for ADHD children. They must go to regular schools like normal children. We can find at least one or two kids with ADHD in every class. In such a case, teachers must help the kids overcome their problems by taking extra care in the classroom. By concentrating on that child much more, there is no necessity for sending them to a special school. Some studies say, most of the ADHD children are adequately intelligent and sometimes over smart. But, the main problem with such kids is they couldn’t focus on one thing due to their inattentiveness and impulsivity.

Q. How to differentiate between an ADHD Kid and a Hyperactive Child?

A. There are two major things that we must remember about an ADHD child. The kids with ADHD might get affected socially and academically. A child with ADHD usually causes problems at school, home and with friends. The ADHD kids may not mingle with others for a long time or move socially well. They could be poor at studies and may not have a lot of friends. On the other hand, a routine hyperactive child is different from an ADHD kid in a way that they are socially well-behaved with others, friends and family members. Their academic and extra-curricular performance in school is good. In this way, we can differentiate between ADHD kid and Hyperactive kid.

Q. What is the major fact about ADHD?

A. The surprising fact is that the majority of children with ADHD are boys. Girls with ADHD are very rare and uncommon. The ratio of ADHD among girls and boys is 1:7.

Q. How can parents of ADHD children help them succeed in school and society?

A. ADHD is a very common problem in a few kids and it can be treated well through proper medications and behavioural therapies. With the help of these procedures, one can bring a drastic change in the ADHD kids’ behavior. All that the parents and teachers must do is to place some additional focus and attention on them while playing, in classrooms and while talking. 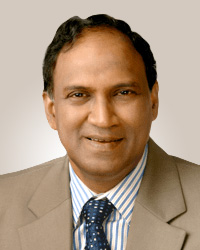 Depression- How is it caused and how can it be treated?

Book an appointment with Dr A Ravi Chander Rao

Book an appointment with Dr Bhanumati

Book an appointment with Dr I. Satish Raju

Book an appointment with Dr Sameer A Mahendra

Book an appointment with Dr G B Varaprasad

Book an appointment with Dr A Vishnu Sri

Book an appointment with Dr B Maheswara Reddy

Book an appointment with Dr Annapurna Rao B

Book an appointment with Dr Demudu Babu B

Book an appointment with Dr Phaneswar