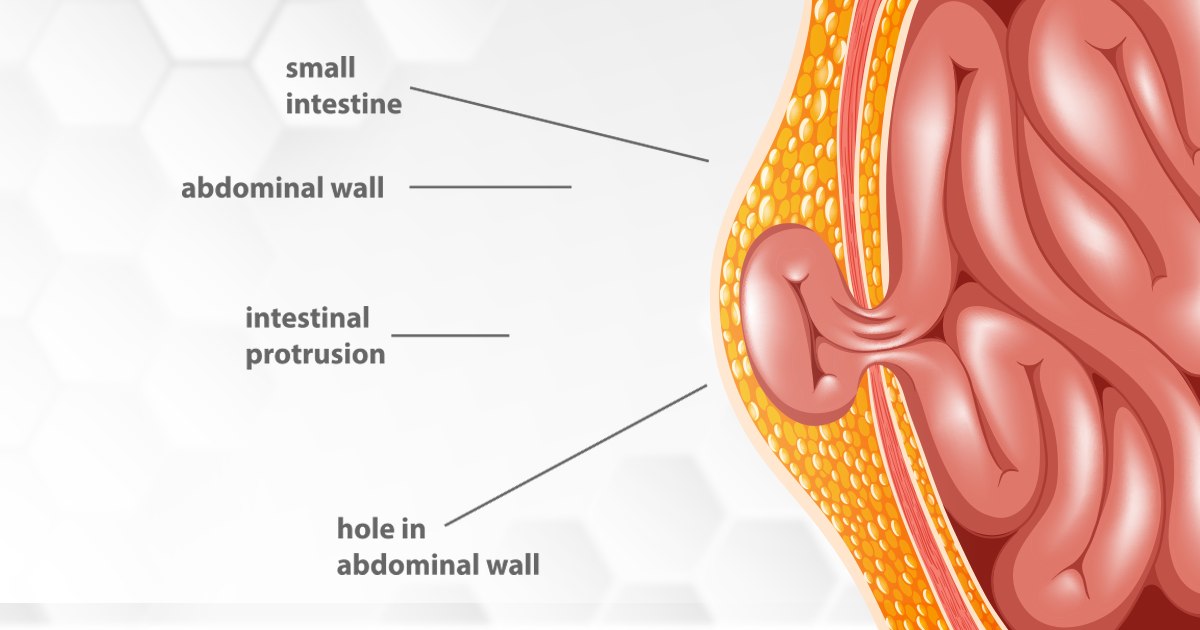 Generally, people think that a hernia is a groin swelling or swelling at the umbilicus, but actually, a hernia is a balloon-like swelling. It is a muscular defect that is projected through a weak point in the skin like in the abdominal wall or at the area of the groin.

Here is an excerpt from a video interview with Dr Varun Raju, OMNI Hospitals, Kukatpally, on questions related to hernia and how it can be treated.

Q. What is the difference between open surgery and laparoscopic surgery?

A: Open surgery is a well-known and very popular surgery. Any surgical procedures that are done through an incision or an opening in a specific part of the body so that the diseased or damaged part can be removed through the incision, is called open surgery. In laparoscopic surgery, there are special instruments like the telescope, camera and light source along with other hand instruments.

Q. Is a hernia a rare condition?

Q. What are the types of hernia?

Q. How is a hernia diagnosed?

Q. Are all hernias treated by surgery or can they be cured with medicines? Can they heal on their own?

A: A hernia is a defect in the muscles of the abdominal wall. So the muscular weakness or point of the defect cannot be treated with medicines. There are no drugs that can cure or treat a hernia. Hernias are usually treated with surgery, that too nowadays, most commonly by laparoscopic procedures.

A hernia also cannot heal on its own as its an orifice deficiency. So that has to be sealed off by surgery – either by open surgery or laparoscopic surgery.

A: Certain hernias are more common in females like a femoral hernia. This is a hernia which appears below the groin at the upper part of the thigh, usually in the area of the femoral canal. So through that canal, the hernia may project and that leads to a femoral hernia. And also the interstitial hernia after a cesarean section or a hysteroscopy, there is a chance of one stitch getting loose and that leads to the formation of a hernia which is called an interstitial hernia.

Q. Which is better – laparoscopy or open surgery?

A: Laparoscopy is the ideal surgery for an inguinal hernia, umbilical hernia or interstitial hernia because the invasion is small, so the patient will have less pain and there will be less bleeding. The recurrence is almost equal to open surgery and the patient can get up early compared to open surgery. He/She can go home and attend to his/her job very early so that the hospital charges are less compared to open surgery. In certain situations, open surgery is ideal. Like when the hernia is obstructing the intestine and there is incarceration which means the hernia has become gangrenous. Then the surgery can be done by open surgery. If required, the intestine can be resected and that would help save the patient’s life.

Q. What are the limitations for hernia surgery?

A: For an old patient who is bed-ridden, and the patient is not able to go for surgery like if he/she has a cardiac problem or lung problem, he/she may not be eligible for general anaesthesia. So in that condition, there is no requirement for surgery if the hernia is not obstructive. Otherwise, all these patients can be nicely managed with a hernia bed.

A: Hernia symptoms are very simple – usually the majority of the people come with swelling at the groin or swelling around the umbilicus, or it may be associated with pain or vomiting. The swelling may be small, like the size of a lemon or it may be very huge as a watermelon. There are certain times when people usually come with just swelling. Some people come with pain, some people, towards the end of this condition, they will have a lot of distention of the abdomen, vomiting, and fever. So those symptoms are very rare, but the most common symptom is swelling and typically they give the history of the swelling which comes in the standing position and will disappear when they lie down.

A: Yes, this is called recurrence. Recurrence of hernias is common in open surgery and laparoscopic surgery. Usually, the older surgical procedures used to be anatomical repair and tension repairs. Anatomical repair used to have a higher recurrence rate compared to mesh repairs. So polypropylene mesh is placed on the area of the hernia, that is, the weak point.

Q. What diet and precautions can prevent a hernia?

A: There is no diet that can prevent a hernia, but it can be prevented. If the patient is having chronic cough or issues that increase the intra-abdominal pressure like constipation and problems with menstruation, prostate issues, or if the patient is suddenly lifting the weight, there is a chance of hernia formation. So if these conditions are treated properly by a pulmonologist or a physician, we can prevent hernia formation.

Q. What happens after the diagnosis of a hernia?

A. When a hernia is diagnosed, with investigations and the clinical examination, usually a surgery would be the answer to have a complete solution for the hernia. Most of the time, the surgery would be laparoscopically. This approach is in two forms – TEP and TAPP. TAPP is a laparoscopic procedure where the mesh is placed through the intra-abdominal approach and TEP is a procedure where preperitoneal space is created and that is utilized to access the hernia. The hernial sac is reduced and in that space, a big mesh, of 15 by 15 centimetres polypropylene mesh is going to be kept. The tacking vs non-tacking and fixation vs non-fixation is the individual choice of the surgeon. So I don’t fix the mesh, to prevent the possible complications that may arise after the surgery like nerve injuries.

Q. Sometimes the mesh causes an allergy or an infection. What is the best solution?

Q. After surgery, what precautions should be taken so that there is no infection?

A: After this surgery, there will be a very good clinical recovery because it is a minimally invasive surgery. The patient will be able to stand by the evening, will be able to walk, consume a soft diet and go to work within 3-4 days. So we usually see the patient after about 5 or 7 days. The patient may not be having any sutures because they are very small incisions like half a centimetre or 1 centimetre. So they don’t require any suture removal. If there is no fever or other issues, usually we don’t prescribe antibiotics or painkillers for a long time. And he/she will be okay within about 5 days and the patient will be asked after one month. And gradually we will give a programme for them to come back so that we can examine him/her with a physical examination to see the recurrence in the sense, whether the same symptoms are there or not. And that will be followed up with for life to see the recurrence.

Q. What are the complications of a hernia?

A: The complications of a hernia depend on the site and the type of hernia – like a direct or indirect hernia. Initially, the hernia will be an uncomplicated hernia, only coming up when the patient lies down and then disappearing. But gradually, in the next stage, the patient will push the contents of the hernia, or the hernial contents into the abdomen manually. Later on, it will never be pushed up so it gets stuck in that area. And finally one of the loops of the bowel will get stuck and that will lead to incarceration. So the bowel will have less blood supply and that may lead to gangrene of the bowel also. In that situation, the patient will be having severe abdominal pain and distention of the abdomen. The patient will have low urinary output, vomiting and other issues.

Q. How many days will it take to recover after surgery?

A: In open surgery like mesh repair, usually the patient will be on the bed for 3 to 4 days because of the pain and longer incision. But in laparoscopic surgery, the patient can stand on the same day and will be discharged within 48 hours if all the parameters of the clinical condition are normal. And the patient can go back to his/her job within 3-4 days with oral medications.

Q. If untreated, can a hernia become dangerous or life-threatening?

A: Yes, if a hernia is not treated in the initial stage, if it goes into the final stage when there is a chance of incarceration, it’ll get stuck to the hernial orifice. And there will be less blood supply to the intestine, and it will become gangrenous. Sometimes it may rupture, that leads to perforation which is a condition called acute peritonitis. That is a surgical emergency and the patient may go into septic shock (septicemia) which is a very bad situation because that leads to multiorgan failure.

Although hernia is a common clinical condition, delayed detection and treatment might make the situation worse. By being more aware of the symptoms and following the precautions mentioned above and a balanced diet, it is possible to avoid being affected by Hernia.

Managing Pregnancy during the Coronavirus Disease by Dr MNV Pallavi

Book an appointment with Dr A Ravi Chander Rao

Book an appointment with Dr Bhanumati

Book an appointment with Dr I. Satish Raju

Book an appointment with Dr Sameer A Mahendra

Book an appointment with Dr G B Varaprasad

Book an appointment with Dr U P Sharma

Book an appointment with Dr A Vishnu Sri

Book an appointment with Dr B Maheswara Reddy

Book an appointment with Dr Annapurna Rao B

Book an appointment with Dr Demudu Babu B

Book an appointment with Dr Phaneswar